Team mammals - your mother! Or, the man, Jerry, and the brown paper bag.

"M e-heeel, can you just come?" The man calls me out of his study and something about his tone is clearly weird. "Sure!" I swing from the couch and make my way. 30 seconds later, I find the man: He stands in the middle of the room and holds with both hands a brown paper bag strangely far away from him. "I'm so happy," bursts out of him, "I do not have a brain tumor!"

Um. That came now ... suddenly. Did the brown paper bag really convey that unbelievable message to him? As you know, most schizophrenic illnesses start with voices from the toilet. But talking paper bags? The best I agree with first friendly. And then carefully explore the length. "Of course we're all very happy about that, darling!" I assure him with a radiant nurse smile. "But ... how are you doing now ... um ... spontaneous ... on it?" The man reaches out to me the brown bag. "Look," he says.

I look carefully in the bag. I close my eyes. I'll take a look again. My heart is melting! In the bag sits between crumpled waste paper a tiny little brown heart-loving mouse. She looks at us from small black button eyes and blinks. And - my God - she even has long eyelashes! "Oh dear!" I'm off my socks. "I've never seen anything so sweet. Where does it come from? "The mouse would be guaranteed to win every international rodent beauty contest in the category" 2-3 centimeters ". "No idea, maybe she was scurrying in through the open front door when I took down the trash," the man suspects. And then he tells me that he has been seeing strange movements from the corner of his eye for three or four evenings. But when it looked more closely, there was never anything. So realistic and extreme was that he secretly had the idea that he had a brain tumor attacking the eyesight. Now the man is relieved. And happy to hold the brown paper bag.

"Yeah, what are we going to do with you?" I ask the mouse in a slightly debilitated dozen-dozen voice. "We could call you Jerry and keep you ... in a cuddly cage." I have ideas. "Mel, this is a wild animal." The man brings me back to the bottom of the facts. "I'll take her over to the park so she can have it nice. And does not find back. She is also a mammal. "I have to smile. The man alludes to a scene from the movie "The Hitchhiker's Guide to the Galaxy", which we both particularly like: in a long queue with the most incredible intergalactic species, Arthur Dent is finally asked by a bored registration official, "Are you mammal? ? "Of course we are Team Mammal here! Jerry rustles quietly in the paper as the man carefully carries the bag with the mouse outside. 20 minutes later he is back. "Jerry is fine," the man informs me. And then we sit together on the sofa, tell each other about the adorable Jerry, and enjoy our responsible use of wildlife.

Team Mammals , Your mother! We naively benevolent city dwellers have come to deal with all the unyielding harshness of the wild nature. Because Klein-Jerry was obviously not a single mouse, but a well camouflaged gang member. And when Jerry left, the other members of the gang apparently decided that it would be a cuddly party with these quirky people. No cage at all.

First, they threw half a cheese dish, covered with plastic wrap in the kitchen. And then they gnawed MY NICEST CORKSET. Let's face it - here is no hunger in the game. That is pure destruction. Because it is fun.Jerry's squatter buddies must go. In the meantime, we have also found out by cleverly arranged and camouflaged observation actions (absolutely immovable sitting around in darkened rooms), where the gang gains access: through a small gap under the skirting board in the living room. Perfidious!

It's the first serious mouse attack in our lives. And now we know that only the full harshness of the dominant mammal can help. For example, in the form of the gray-haired pest controller (in English Exterminator!), Who enters our apartment with an impressive metal case full of poison boxes. While he sets up his food traps in every room with the utmost ease, I describe to him all our sorrows. And our plan to hermetically seal all rooms with additional baseboards. "Oh, where do you want to start there?" Hamburgert the suitcase man. "That's an old building ... over 100 years old. And mice only need a penny-sized hole to get in anywhere. " I'm getting weak. My eyes meander over floors, door frames, tile mirrors ... there's a tiny hole, a small gap, a hole .... Apparently we live for 13 years in a huge Swiss cheese! "But do not worry. They are not the only ones when it gets cold outside. This is completely normal. And that will be done in a few days, "promises Mr. Suitcase. I believe the Terminator with experience. But the extra baseboards come anyway. Immediately the man and I go to the hardware store and buy strips and several hectoliters of quick-setting cement. I will then press it into every little joint. I do not leave our apartment without a fight to the mouse mob! Ha!

However, I'm rather queasy about the idea that we use poison to get rid of the mice. I think that's really bad. But we have no choice. For the first time in my life, I've put on a large Sagrotan supply, wiping it all around the apartment. That can not stay that way.

Why do we have such a delightful additional project in Advent? Last year, I had a fridge gate. Well, something is always known. But after all, we have no brain tumor and the apartment with the largest Fußleistendichte in Hamburg. That's a lot. I'll go and buy mulled wine soon. 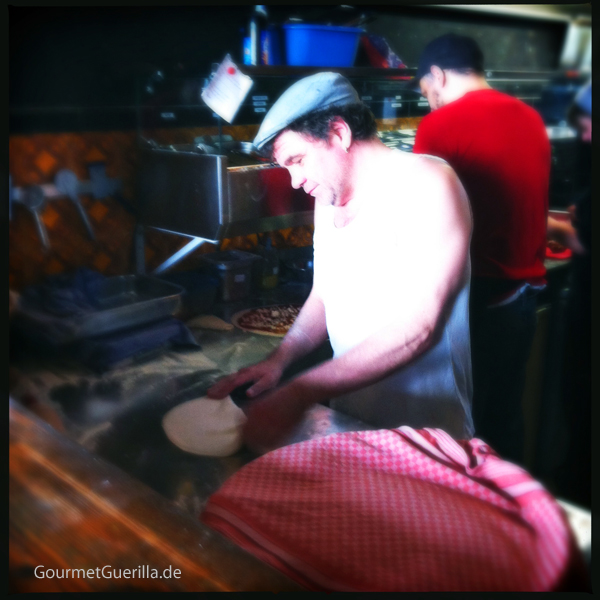